The Nordic Model: Scandanavia since 1945 by Mary Hilson 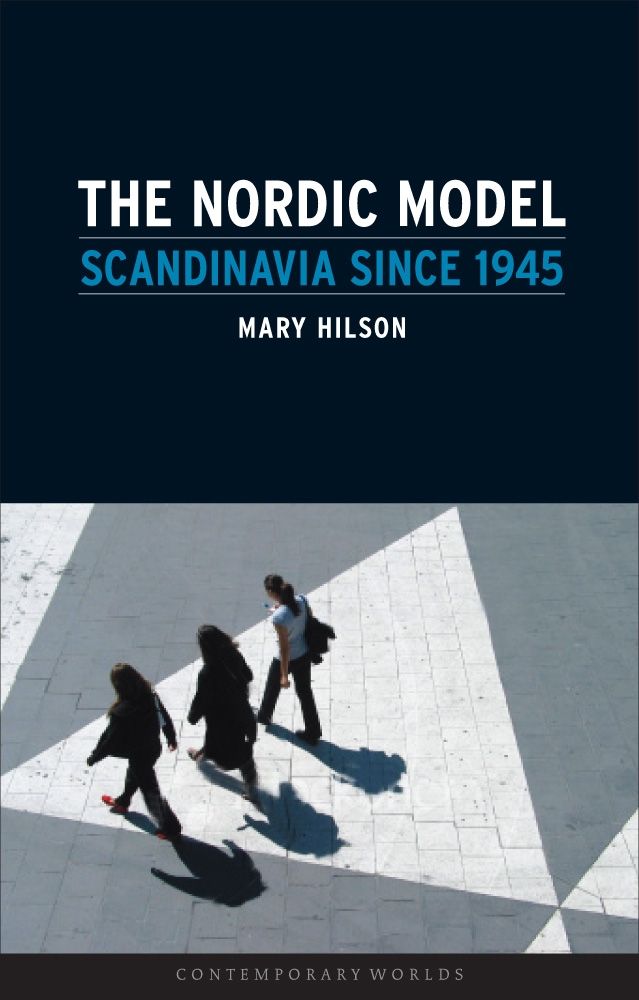 I was volunteering at the Democracy X Change conference the other day, which was a great event gathering Canadian community activists, political parties, non-profits, technologists, and journalists around discussing the idea of democracy. And with a gathering of that type of crowd, there were a ton of really interesting conversations to be had. One that I had that weekend was with a friend on the very topic of this book: is there a unified Scandanavian poltical, economic, and social model that we can look up to?

We on the other side of the Atlantic have a lot of different ideas about what we think Scandanvia, which I am referring to as the countries of Denmark, Finland, Iceland, Norway, and Sweden, really is. Many on the North American political left would say they are examples of succesful social democratic welfare states, and that their success must be emulated. On the political right, many would have a slightly different reaction; they may like the idea of their ethnic and cultural unity, but dislike the idea of an overreaching and controlling government.

But are these ideas about the Nordic countries actually true?

This book explores this idea by tracing the political history of the various Scandanvian countries through the 19th to 21st centuries. It comes to the conclusion that the idea North Americans have about the region is very simplified. There are many positives and negatives with a types of governance and public policy that have developed in these countries over the past two centuries. Attempting to paint these countries as either utopian or dystopian is unsatisfactory in capturing the nuance in the devlopment of these histories. There is no single issue, from politics to welfare to foreign policy to eqaulity, that all of these countries agree on. Unique cultural and historical circumstances have all played a part in making each country very different from each other.

Are there similarities between them? Of course, and this book will show you those as well. But what I find most enjoyable about this text is its demonstration that unifying them under one banner does a disservice to each of their unqiue governing and political styles.

Which I think is a poignant point about the current state of politics: I feel like we are losing the nuance and detailed discussion about public policy and governance. As a person deeply interested in the idea of the political and public policy process, I feel like it will only get harder for governments and polticians to have real and engaging discussions with people on improving the state of society.

We tend to paint whole movements, people, or policies under one brush, just like we have done with the idea of Scandanvia. When everyone is talking in absolutes, there can be no greater discussion on how to move forward. There are a ton of constructive things we in North America can take away from the Nordic countries: negatives and positives. But attempting to reduce them to single talking points is a detriment from the very real conversations we need to be having to improve thw world.

As a bit of a data nerd, I wanted to try to attempt to have this disucssion using some data from the book and other sources to help start that discussion.

An Example of Scandanavia in a Chart 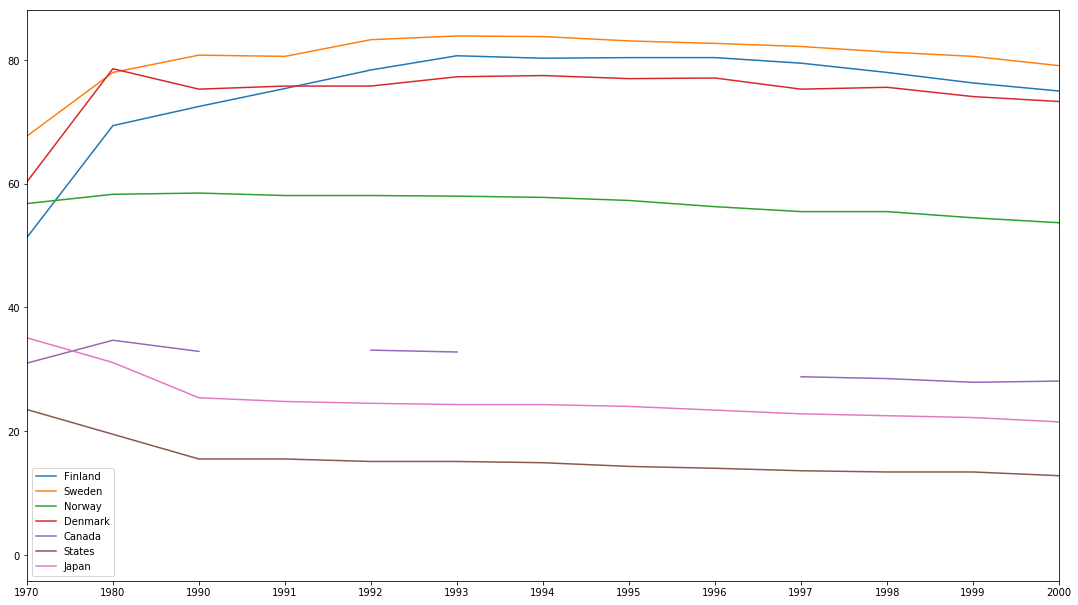 This graph shows union density across different Scandanavian and other countries such as Canada, the US, and Japan.

I wrangled this data from this 2006 paper and the associated python code is here. From this we can see that the union density is incredibly higher in Scandanavian countries than others. This is something mentioned in the book, and looking at it comparitively we can see that the difference is huge.

So now we know that unionization fits the Nordic model, but this isn’t necessarily actionable data. While we know that union density is higher, has it lead to better economic performance? Better job security? Better per capita income? There’s a lot of studies, papers, and literature out there already on this topic so I won’t dive too deeply there.

This great paper tries to quantify those effects of unionization and other policy efforts by Scandanavian countries to improve working life quality. It demonstrated that at a broader level, it doesn’t appear that Nordic countries have achieved significantly better work life quality than other European countries. In areas such as career opportunities, job security, and developing specialized labour markets Scandanavian countries were not as distinctive. But in areas such as quality of work tasks and organizational participation, they exceeded the performance of other countries.

This paints a more nuanced picture of the effects of a policy issue such as unionization. We shouldn’t just say unionization is high, and assume it is positive or negative. We need to always look deeper; explore the effects and ramifications of each issue. Then we can come to a sound conclusion.

What I’ve tried to demonstrate with that example and through this review is that, we need to be having deeper conversations. The rise of social media and bite-sized headlines in less than 140 characters (okay 280 now), drives us away from having detailed, evidence-based conversations on real policy issues that will affect us.

I think this book is a great starting point to open up this conversation. And I think I will definitely be trying to check out more books that go into a detailed discussion of specific countries’ political history. We can all learn so much from each other across the world.